April 10, 2020
Times were hard. It was the winter of 1738 and Charles Frederick became the new Margrave of Baden-Durlach, Germany. A new ruler. 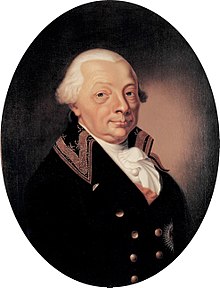 As Protestants and farmers, the Waldhauer family, and the community living in Baden-Durlach, Germany, were struggling to survive. Even though it was after the Thirty Years War, the Margravate of Baden-Durlach was still trying to recover from the heavy damages that had been incurred. Fortunately, the area of little towns, Karlsruhe, Durlach and Pforzheim, was in the lower part of the Margravate and was Protestant. While, the peasants were still in turmoil; during this timeframe, it wasn’t any longer due to fluctuation in religion. It was due, in part, to the economic conditions suffered as a result of the War of Austrian Succession (1740-1748) which forced Badeners to pay high wartime contributions and suffer excesses of French and Imperial Armies marching through their territory. 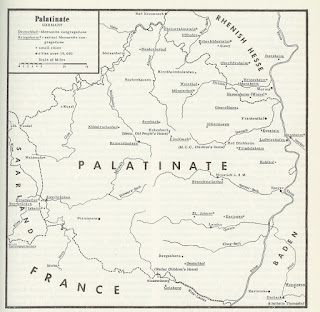 The villagers were living during a time of constant upheaval and adverse economic conditions. Even in peace there was oppressive taxation, as the feudal rights of the margrave entitled him to 30% of a peasant’s annual income. Additionally, the government was attempting to regulate their use of resources such as the use of wood from the forest.

Families were so hard hit by the last war, that they could hardly feed themselves. The population in the area continued to grow so villages were becoming more and more densely populated. Emigration seemed the only answer to extreme poverty. Hearing about the British Colonies in America and the favorable reception immigrants received, many peasants made the decision to emigrate.

It was a tumultuous time for the German families who resided in the Margravate of Baden. While the family was able to legally remain Protestant, they still suffered great stress and frustration as a result of adverse economic conditions, population growth, inheritance practices, wars, high taxes, mounting debts, and in some instances villagers were reduced to be marginal landowners. It seemed there was no future so the family decided to emigrate.

The focus of this study is the patriarch, Johan Caspar Waldhauer, and the family emigration to Pennsylvania, sailing on the Judith in 1744 and how they came to arrive in the colony of Georgia in 1746. What happened during that span of time?